Back in December, D2 attended Interior Design Magazine’s 2019 Best of Year Awards Ceremony, held at the Javits Center in New York City and hosted by editor-in-chief Cindy Allen. We entered our annual New Year’s Card into the Collateral Branding/ Graphics category. In total, the Best of Year Awards included an astonishing 2,638 entries with 609 finalists in 137 design categories and we are honored to have placed first!

Each New Year, D2 Groups sends the Chinese zodiac cards en masse.  Pop out and piece together the puzzle, keep it on your desk, and assemble a whole zoo of D2 greetings. The 2019 Year of the Pig Card follows the rooster and the dog in the cast of interactive marketing mailers from D2.

Sending out a holiday card had become a chore—a futile marketing exercise in one-upmanship to outdo last year’s card.  The concept for the Zodiac Card evolved out of strategic simplicity: an on-brand mailer that’s unique but replicable, impactful but recognizable. It mimics D2’s logo in square shape and orange color (known around the studio as “D-Hue”) with a short, punchy message for the New Year.  A bold money-inspired graphic on the reverse side of the card nods to the message on the front: “Bring home the bacon in 2019”.

The aspect of the card that reflects D2’s brand the most is the assembly—designing experiences is at the core of our business.  The tactile experience of putting together the 3D pig puzzle engages recipients more than any ordinary holiday card, and the finished product sits on client desks as a reminder all year long. Year in, year out, expect a card from D2. It won’t be long before the rat joins the menagerie of New Years’ cards on your desk as we “Let the rat race begin”. 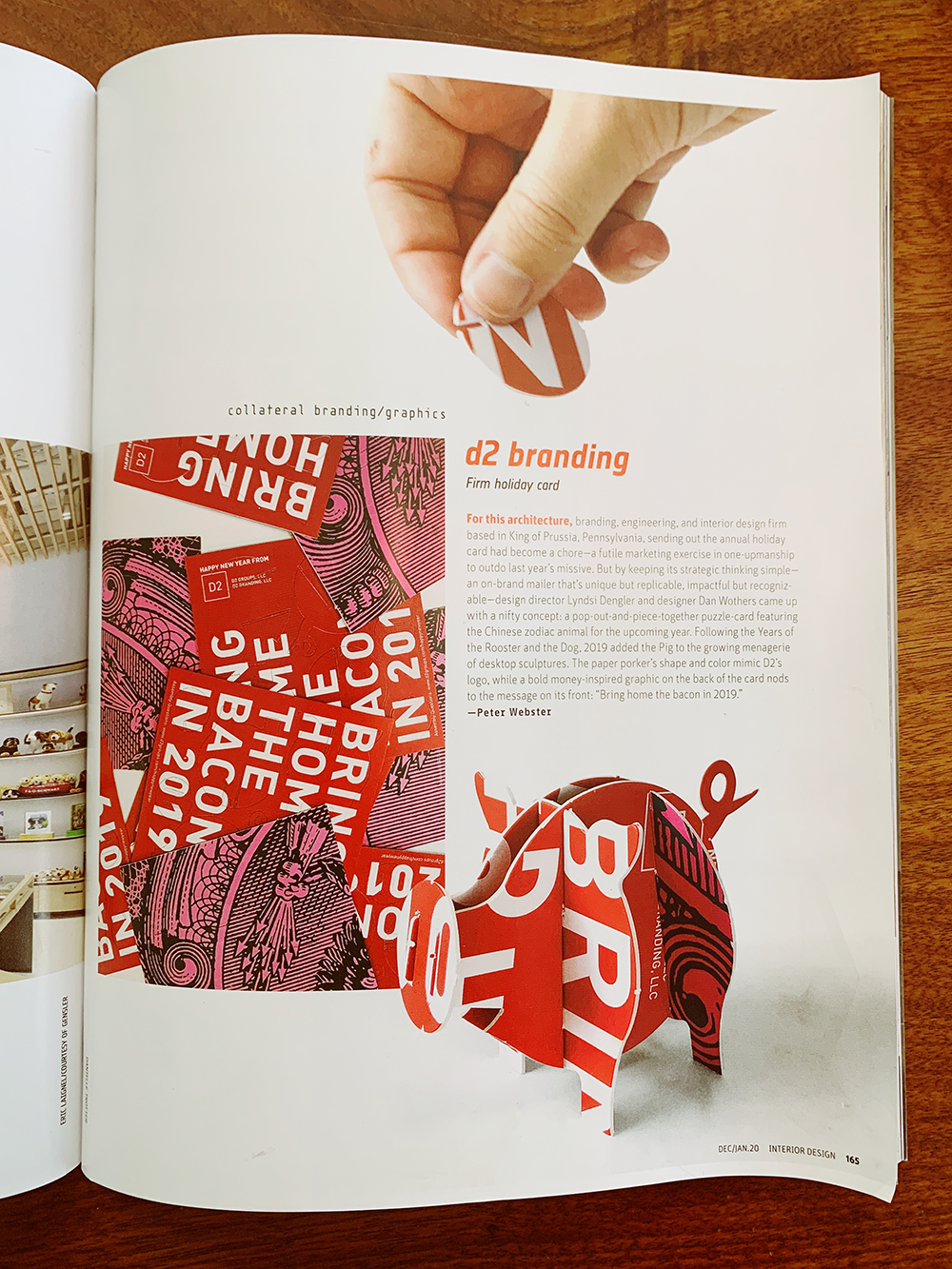